Mountain Records, the world and jazz label now based in Hamburg, Germany have signed a license for an album master with Dutch guitarist and composer Jan Wouter Oostenrijk. The project is special because it will feature a quarter tone electric guitar developed to accommodate Maghreb style music. 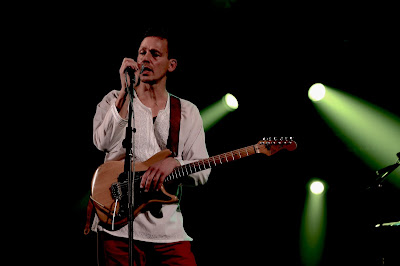 Jan Wouter has previously recorded jazz and blues with roots in the Maghreb. He built his electric guitar to use in recording the material on his new album. Where the early Lute or Oud can accommodate the Arabic scales more easily, the western style electric guitar can not comfortably provide a player the ability to play the notes between the fixed frets on a normal guitar fretboard.

No date is set for the new release but Jan Wouter, who also produced his new record, is mastering at present in Amsterdam. The music is progressive rock with north African and Arabic influences.

Mountain, whose motto is, "music inspired by Africa", was started in Cape Town and is the home of award winning world music artist, Dizu Plaatjies.  The label is also known for its promotion of Cape Jazz.

The label is no stranger to guitar releases having produced the first two records of acoustic jazz guitarist, Jonathan Butler.  Also issued on the imprint was an album of Afro-rock sounds by Brazillian guitarist, Celso Fonseca and the only studio album of the guitarist and folk poet, Jean Bosco Mwenda, originator of the Shaba guitar sound of East Africa.